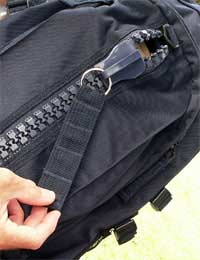 Luggage for business travellers is an important issue; it has to be secure and robust yet light and easy to move around. Most business travellers want to travel light so baggage needs to be large enough to carry everything the road warrior needs but small enough to be easily manoeuvrable, usually just the right size to be allowed on a plane as hand luggage.

To Travel Light or Push the Boundaries?

Security measures at airports play a part too. Increasingly airports are only allowing one bag per passenger whereas previously they would allow a laptop bag as well as another bag. This, to be honest, has led to some negativity in the past as some business travellers were more concerned about not having to wait for luggage at the baggage carousel than wanting to travel light.

They would take on huge laptop bags as well as pushing the boundaries of cabin baggage limits to the maximum. Other, humbler travellers would then have to wait while this was all shoehorned into the overhead lockers. Having to put computers and all their paraphernalia into a bag that's going into the cabin as well as everything else has meant that business travellers now have to try to travel light, more than before.

Backpacks the Popular Choice to Travel Light in Safety

Laptop bags have themselves become a bit of a security issue when travelling as they advertise rich pickings for thieves. This has made backpacks that hold laptops, but don't look like laptop bags, more popular, and they can double as a briefcase and hold a change of clothing too. Backpacks are also better for the health, spreading a load evenly across the shoulders, which is better for the back than a bag over one shoulder or held in one hand.

Whether it's a backpack or a cabin bag, the perfect travelling luggage option for business travellers who want to travel light is to have lots of pockets and compartments, the more the better. This means that frequent travellers can keep all the little bits and pieces that they normally need when travelling into specific places and keep them there. It also helps technical components to be held in place and protect them from damage.

Of course, on longer trips there's no getting away from having to check baggage in and hard shell-type suitcases have cornered the market in business luggage since they first came out. They are less likely to burst open and can take the loving caresses of airport baggage handlers for many years without flinching. It's worth getting a brightly coloured luggage strap to go around it to make it more visible on the carousel.

Wheels are the best things about hard cases, they are inevitably heavy but their size means they can be trundled through airports held by a little handle on one end. Bags that are intended to be carry-on cases can have wheels too, but usually have to have an extendable handle as well so that they can be wheeled at a comfortable height.

One thing to watch out for though is that many airlines, particularly low-cost airlines, are beginning to shrink the minimum sizes for carry-on luggage. This won't be a problem for those who travel light but people travelling on business and trying to avoid checking in their baggage could be in for a nasty shock.

Particularly since some of these airlines are now charging for every article that's checked in.