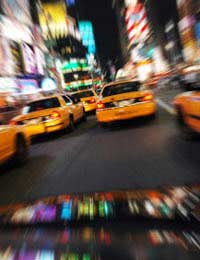 For people who don’t have to actually do much business travel, the idea of travelling around the world going to meetings and conferences sounds glamorous and is something to be envied. But for the business people who actually have to do it, often that's not the case.

Business Travel is Often Not Enjoyable

For a start, business people often have to travel economy class, there are delays that cause stress and jet lag to increase fatigue. Then business people who are asked to travel frequently spend a lot of time away from their friends and families too.

Added to that, travel is largely pointless if you don’t get to see some of the places that you are going to. One air conditioned hotel room is much the same as any other and the same is true of all the offices and meeting rooms that make up the daily routine.

Even Evenings May Not be Free of Business

Often the evenings are spent in excellent restaurants but it's may be hard to relax as customers might be being wined and dined, so business people end up having to stay on their toes around the clock. Time off may well be available but many people are uncomfortable sight-seeing or doing leisure activities on their own.

There are a number of things that can be done to alleviate the problem and making the most of the cities that business people travel to is one of them. Although globalisation is making commercial areas of cities look more and more alike, there are usually parts of cities that are cosmopolitan, or old quarters, or lively areas where students hang out. Depending on the demands of travel and work schedules it should be possible to get out for an hour or two at some point and sample the life of these cities.

Finding Attractions Quickly When You Travel

Guidebooks can help but not many people who travel on business have the time to read them. The internet is more helpful here because searching on a city name and a type of attraction will bring up lots of results. Often they will be city sites with reviews from people who have been there and will give a busy business traveller tips on how to get the best out of attractions quickly.

Everything from restaurants, parks and museums to concerts, live music and English language cinemas will be there. Of course, people who travel a lot will all have different ideas about what's worth doing if they have a couple of spare hours, but there should be something to suit most tastes in most cities.

Use Hotel Facilities Instead

If none of this is attractive, try taking up a sport or exercise that can be done at most large hotels. At business hotels in most cities there should be gym facilities of some kind, perhaps a sauna, spa or pool.

For example, one large hotel in Zurich is popular with business travellers because of its 25m pool where people can swim proper lengths, as opposed to smaller pools where three strokes take you from one end to the other. And in the Far East many new hotels being built near new airports rather than in the cities have golf courses too.

Doing something enjoyable, even if it's only for a short period of time, will do a lot to invigorate the mind and body of even the most jaded business traveller.