Home > Flying for Business > Business Flying to the Middle East 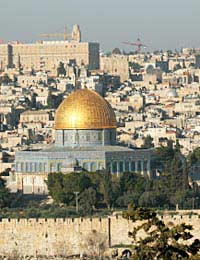 Business flying to and from the Middle East is on the rise as the oil-rich nations develop as fast as possible to prepare for the time when the oil runs out. In order to survive that event the nations that rely on oil must get in the labour and materials to build new facilities and housing for the people and businesses that they hope to attract.

At the same time fears of aircraft-related terrorism are at their highest in some of the Middle Eastern countries and the security measures are causing more delays than usual. For business travellers flying in from the United Kingdom this is a problem that they have already had to deal with for the past few years.

The Middle East is an indefinite body and the term is often used to mean the Arabic world, but we will look at it from a geographic and commercial point of view rather than an ethnic or political one. The Middle East we will be looking at will encompass the lands between the Red Sea and the Persian Gulf, and between Syria in the north and Iran in the west. Egypt, although geographically part of Africa, is included here because of the commercial links tying the airline routes together.

This area therefore includes Saudi Arabia and the various states of the United Arab Emirates, Oman, Iraq, Kuwait, Bahrain, Israel and Lebanon. Flying to Israel can cause problems for business travellers who want to do business in Arabic states as well, because entry stamps or visas for Israel in a business traveller's passport can mean that they will be refused entry to an Arabic country because of the political tensions in the region.

Will the Middle East Become the Centre of the Airline Industry?

Certain oil-rich nations are in fact on the way to becoming the dominant forces in the airline industry in the region and may well end up being the centre of the aviation world if trends continue. Dubai started an airline with two leased aircraft when Gulf Air cut back on flights to Dubai in the mid-1980's and now Emirates has 113 airliners and made a net profit of one-and-half billion US dollars in 2008.

In Dubai the airport itself is now a major global hub and a new second airport, which will be the largest in the world, will be capable of handling 120 million passengers each year, twice Heathrow's capacity. Nearby Abu Dhabi is to double it's capacity to take 20 million people, and a 23 million people airport is slated to open in 2010 in Doha, the capital of Qatar. And Bahrain, off the Saudi Arabian Coast still considers itself the premier hub in the region but it will need all of its current US$300 million refit to compete.

Contrast this with the state of British Airways. In 2005 they cancelled flights to Saudi Arabia's two key cities, Jeddah and Riyadh, after seventy years of flying there. This was because terrorism fears had caused a drastic drop in passenger numbers and made flying there uneconomic. To date they have not reinstated them, but there are plenty of Middle Eastern based airlines to soak up that capacity.